Anyone who owns an aquarium understands that tap water should never be used in the fish tank. If you happen to be a new resident of Arizona or new to the hobby, it’s important to understand that specifically Arizona tap water can be even more harmful to fish and other inhabitants of the tank than the tap water in some other states.

Nationwide, various types of chemicals are added to tap water to make it safe for human consumption. Sources of tap water and bottled water include rivers, lakes, streams, ponds, reservoirs, springs, and wells.

As water travels over land or through the ground, it takes minerals and toxins with it. In any state, without any treatment at all, water can include: 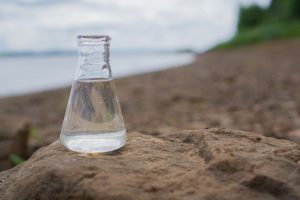 Chlorine and other chemicals are added to the tap water to make it safe, but the amount is minimal. While that limited amount generally doesn’t harm humans, it can be very uncomfortable to fish and other livestock. The chemicals can irritate their skin and eyes and even make it difficult for them to breathe.

As bad as that sounds, Arizona tap water can be even more harmful to fish and other livestock because additional steps must be taken to make water in this desert state safe for humans.

Phoenix’s watershed draws water that travels through aquifers full of calcium and magnesium, which dissolve into the water and make it especially hard. Arizona tap water also tends to have an algae odor from blooms in the canal system, which can remain even after municipal treatment.

In fact, many Arizona residents won’t consume the water at all. Because of all the chemicals that must be added to make it safe, the water tends to have an unfavorable taste and odor.

If it’s “unfavorable” to humans, it can be detrimental to sensitive and fragile livestock in a fish tank.

Fish tank owners therefore must use filtered water in the tank, but considering how challenging Arizona water is to clean, we’d recommend taking it a step further with RODI water.

Reverse osmosis deionized water is pure H2O, and pure H2O has no chemicals or taste at all. It’s not recommended for human consumption, but it is the safest option for fish and other livestock.