Get to Know Jimmie: The Wisdom and the Strength Behind Seatech

For Jimmie Hernandez, the aquarium hobby isn’t just a rewarding career. It’s been his way of life for as long as he can remember.

Born and raised in Phoenix, Jimmie has had aquariums since he was a kid, and his childhood friend’s family was his inspiration.

“His dad owned an aquarium store. I visited the store once when I was about 10 years old, and I was hooked,” Jimmie said. “My buddy helped me set up a 20-gallon freshwater tank, and I had fish ever since.”

He has owned different sized tanks over the years, and he currently owns the largest tank he’s ever had: a massive 220-gallon saltwater FOWLR tank.

Ask him what his favorite fish is, and he wouldn’t be able to decide, although naso tangs are definitely toward the top of the list. In fact, he owned a naso tang for more than 19 years, which is an outstanding lifespan for nearly any fish breed.

“I bought it in the year 2000, and it just went to the great blue ocean in the sky this spring,” he said, still missing the pet.

He said he likes these tangs for a number of reasons, one of which is that they are very beautiful.

“I really like the color of this fish. They have a gray body, orange lips, and either a black or yellow dorsal fin,” he said. “They are very docile and just are constantly swimming in their aquariums.”

Jimmie founded Seatech Aquariums in 1999, and he has been installing and maintaining aquariums throughout the Valley since. He is known high and low for his professionalism and genuine desire to maintain clean and beautiful aquariums, both for the livestock’s health and their owners’ enjoyment.

Seeing a niche that needed to be filled in the aquarium industry, Jimmie started the one-of-a-kind Seatech H2O in 2018.

Seatech H2O is a RODI aquarium water delivery service that operates throughout the Valley. RODI water, or reverse osmosis deionized water, is 100% pure H2O, hence the name of the business. Freshwater and saltwater can be ordered online in 3- and 5-gallon jugs and delivered right to the doors of Phoenix area homes and even office buildings. If hobbyists prefer, Seatech H2O can even pump the water right into the fish tanks.

Seatech H2O is therefore the perfect complement to Seatech Aquariums.

“There are many people with aquariums who like to maintain them on their own but don’t like the idea of having to either ‘make’ their own RODI water or hauling bottles to and from the local fish store,” Jimmie explained.

He realized how much this service was needed as he was delivering water to a few aquarium maintenance customers for a few years.

“I knew there was a market for this because I saw how convenient it was for them, but I also knew that the local fish stores were selling a lot of water. Some stores were running out of water,” he said. “Delivering aquarium water is something that I can do while I am out cleaning aquariums. It is something that solves a problem, makes it convenient, and gives people access to clean water for their tanks.

“It goes hand in hand with my aquarium maintenance company. I’m driving all over the Phoenix Metro Area cleaning tanks. Why not deliver water while I’m out there?”

When he’s not driving all over Phoenix, Jimmie can be found coaching his youngest son’s Little League baseball team. A huge fan of the sport, Jimmie played baseball for about 20 years, and he and his family regularly watch the games on TV or attend college games or Arizona Diamondbacks games.

He and his wife, Becky, have been together for 25 years and have three children. Matthew, 21, will be a senior at the University of Arizona this fall. Their daughter, Samra, 18, is a sophomore at Boston College, and their youngest child, Nathen, is in the sixth grade.

(If you’re interested in aquarium installation, aquarium maintenance, or aquarium water delivery, call Seatech Aquariums or Seatech H2O at (602) 628-7270. You may also visit the websites for more information.) 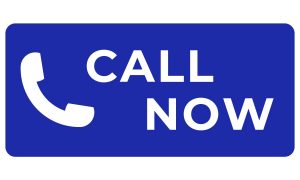